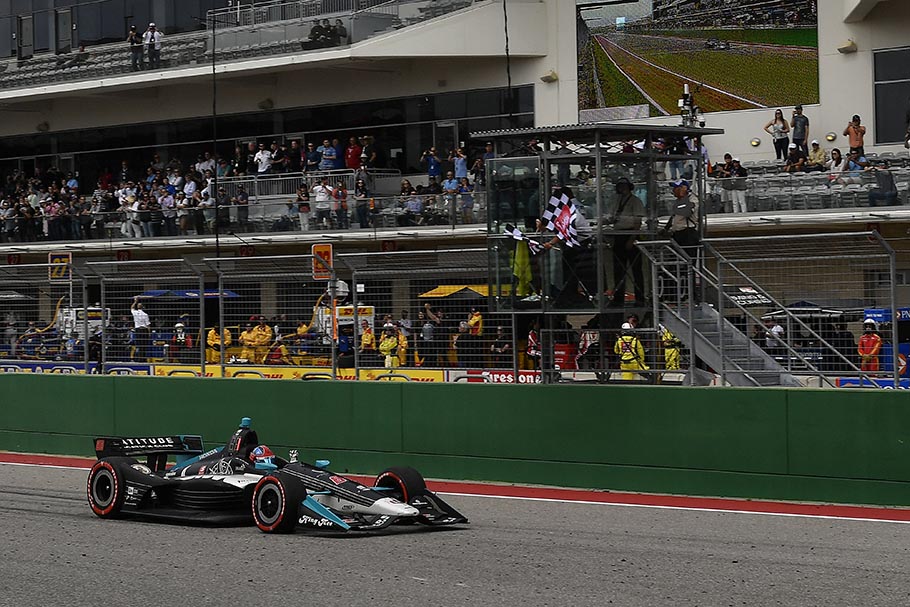 Herta, Honda Are Texas Tough In Win at Circuit of the Americas

Herta, son of former Honda Indy car and Acura sports car racer Bryan Herta, started fourth and kept his Harding Steinbrenner Racing Honda in the lead pack throughout the caution-free first 43 laps of today’s 60-lap contest.  For those 44 laps, tire management was the key for drivers and teams in the first visit of the IndyCar Series to the challenging COTA circuit.

But the complexion of the race changed dramatically on Lap 44, when contact between rookie Felix Rosenqvist and James Hinchcliffe sent the former into the barriers, resulting in the first and only caution period of the race.  Herta, who had just made his final scheduled pit stop, cycled to the front of the field as leaders Will Power, Alexander Rossi and Scott Dixon were forced to make their final stops during the caution.

In addition to Power, Rossi and Dixon – who were running first, second and third at the time – Rosenqvist and Hinchcliffe also had to stop for repairs, while a mechanical issue for Power during his pit stop ended his race.

When the green flag waved for the final time on Lap 50, Herta pulled away to an intitial 2.5-second lead over Newgarden, while Ryan Hunter-Reay and Graham Rahal briefly battled over third place.  Driving like a veteran, Herta extended his advantage to nearly four seconds, while Hunter-Reay pulled away from Rahal and closed on Newgarden for second.  Meanwhile Rossi, who had taken the restart in 14th, put on a spectacular recovery drive that saw him gain five positions in the final 10 laps.

While Newgarden held on for second at the checkers, Honda drivers dominated the top-10 finishing order with Hunter-Reay finishing third, followed by Rahal, Sebastien Bourdais, Marco Andretti and Takuma Sato in seventh.  Rossi crossed the finish line in ninth, just ahead of Jack Harvey, as the second-year Indy car driver rounded out the top 10 for Honda.

At age 18, Herta breaks the record previously held by Rahal, who scored his first Indy car victory at the 2008 Honda Grand Prix of St. Petersburg, when he was 19 years old.

The NTT IndyCar Series now takes a week off before heading to Barber Motorsports Park, just outside of Birmingham, Alabama, for the April 7 Honda Indy Grand Prix of Alabama.  The third round of the 17-race championship will be televised live on the NBC Sports Network, starting at 4 p.m. EDT.

Social media content and video links from this weekend’s Honda IndyCar Series action from the Circuit of the Americas are available on HPD’s Facebook (https://www.facebook.com/HondaRacingHPD) and Twitter (https://twitter.com/HondaRacing_HPD) channels.  Produced by the Carolinas Production Group, YouTube video packages can be found at: https://www.youtube.com/HondaRacingHPDTV.

Colton Herta (Harding Steinbrenner Racing) Started fourth, finished first, at age 18, surpasses Graham Rahal as youngest Indy car winner in series history: “My team had a terrific strategy, but we weren’t expecting [a win].  I thought we were going to get a podium, we were going to get third.  I think we had the pace for that.  But that yellow came out at the perfect time for us.  Holy cow, I am worn out! That restart at the end [with 10 laps to go] just finished me off.  After the last restart, I knew we had good pace.  All day long, we were fast in the early laps, then faded towards the end [of a stint].  So on the restart, we were really quick. Just a spectacular day.”

Ryan Hunter-Reay (Andretti Autosport Honda) Started third, finished third: “It was a tough race.  I had to struggle a little bit.  We dialed some front wing into it to try and fix the understeer, so then the car was a little bit loose.  At the end there, I thought we were a little bit faster than Josef Newgarden, but he did a really good job of keeping me behind him.  But hats off to Colton Herta, the youngest-ever Indy car winner.  From the first day of the open test, everybody was like ‘what is he on, a different tire or something?’  He did a great job, put his head down all weekend and made no mistakes.  Perhaps we could’ve been a bit better, but we’ll take the [championship] points and move on.  Great first weekend here at COTA, we had a good [fan] turnout, and we’ll come back better next year.”

Art St. Cyr (President, Honda Performance Development) on his final race as president of HPD: “It was a very entertaining and historic first Indy car race here at COTA, with Colton becoming the youngest-ever winner.  He has shown that the future of the IndyCar Series is bright, as the young rookies engaged established veterans in entertaining battles all day long.  Congratulations to Colton and the Harding Steinbrenner team on their victory, congratulations also to Ryan on his recovery from an unfortunate result in St. Petersburg.  Congratulations to all our HPD associates for placing eight of the top ten finishers, including tremendous drives from Graham and Sebastien to round out the top five, and to Alexander, who deserved a much better result than ninth.” [Ted Klaus moves from Honda R&D to take over as HPD president on April 1].

NTT IndyCar Series INDYCAR Classic at Circuit of the Americas 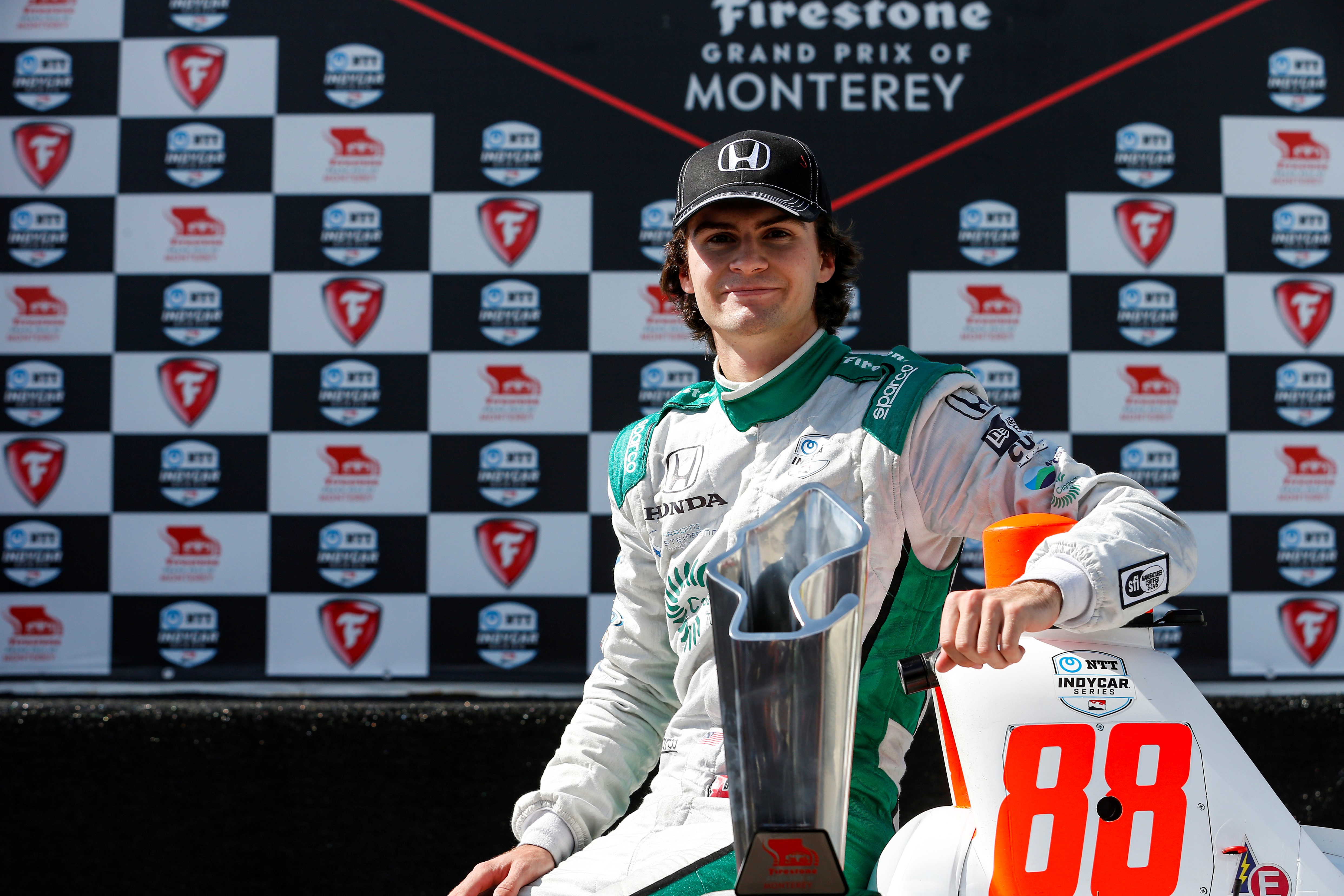 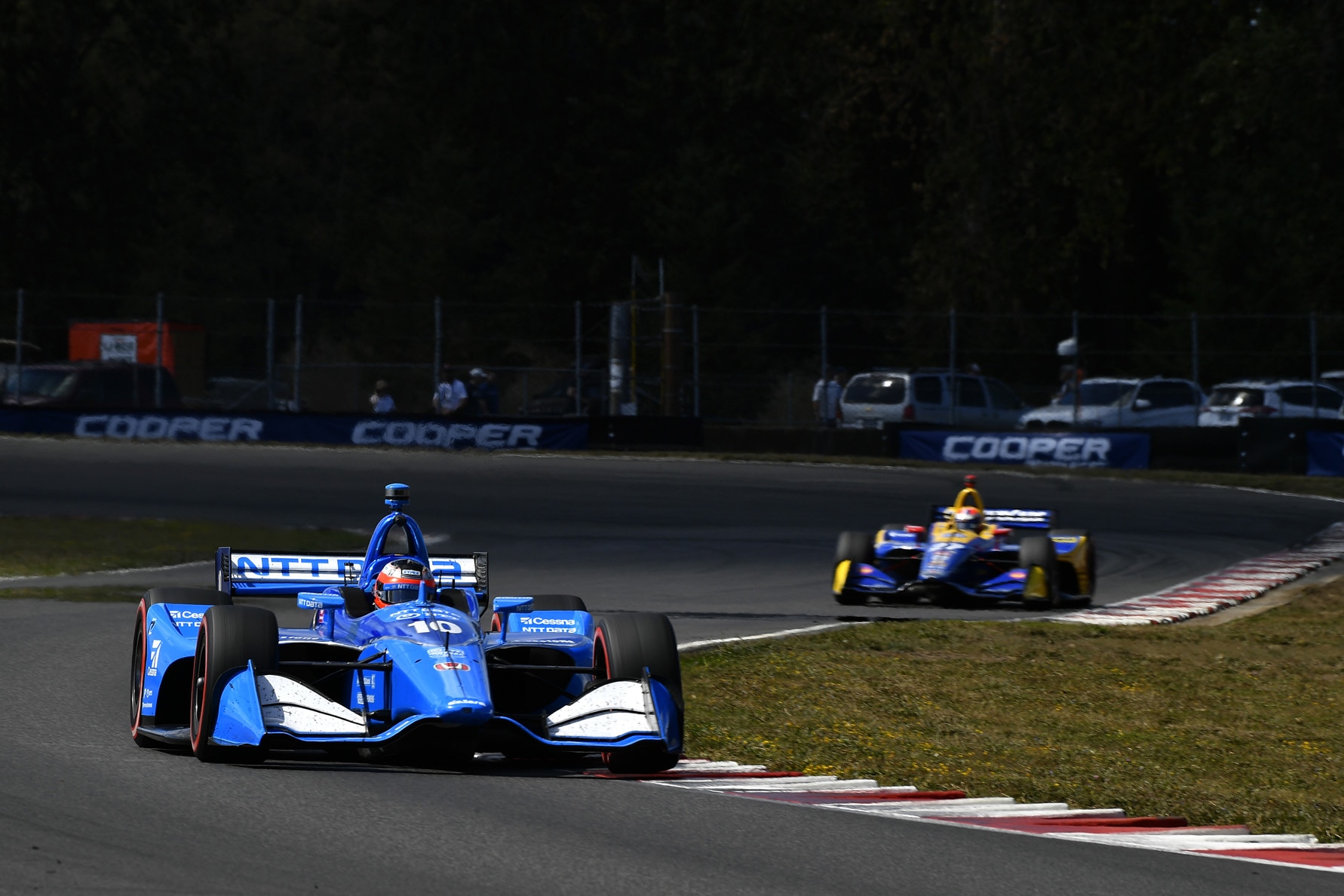 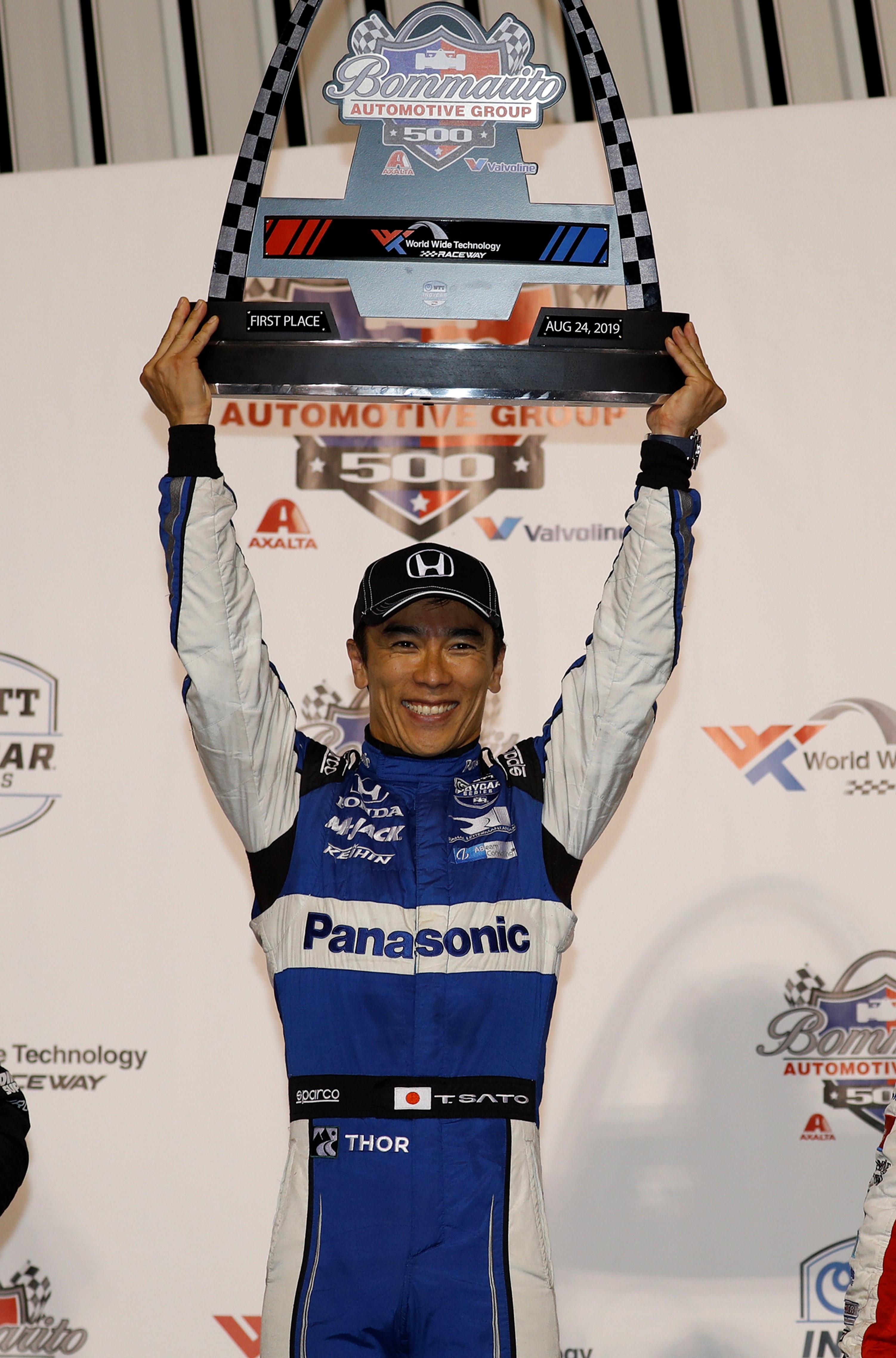 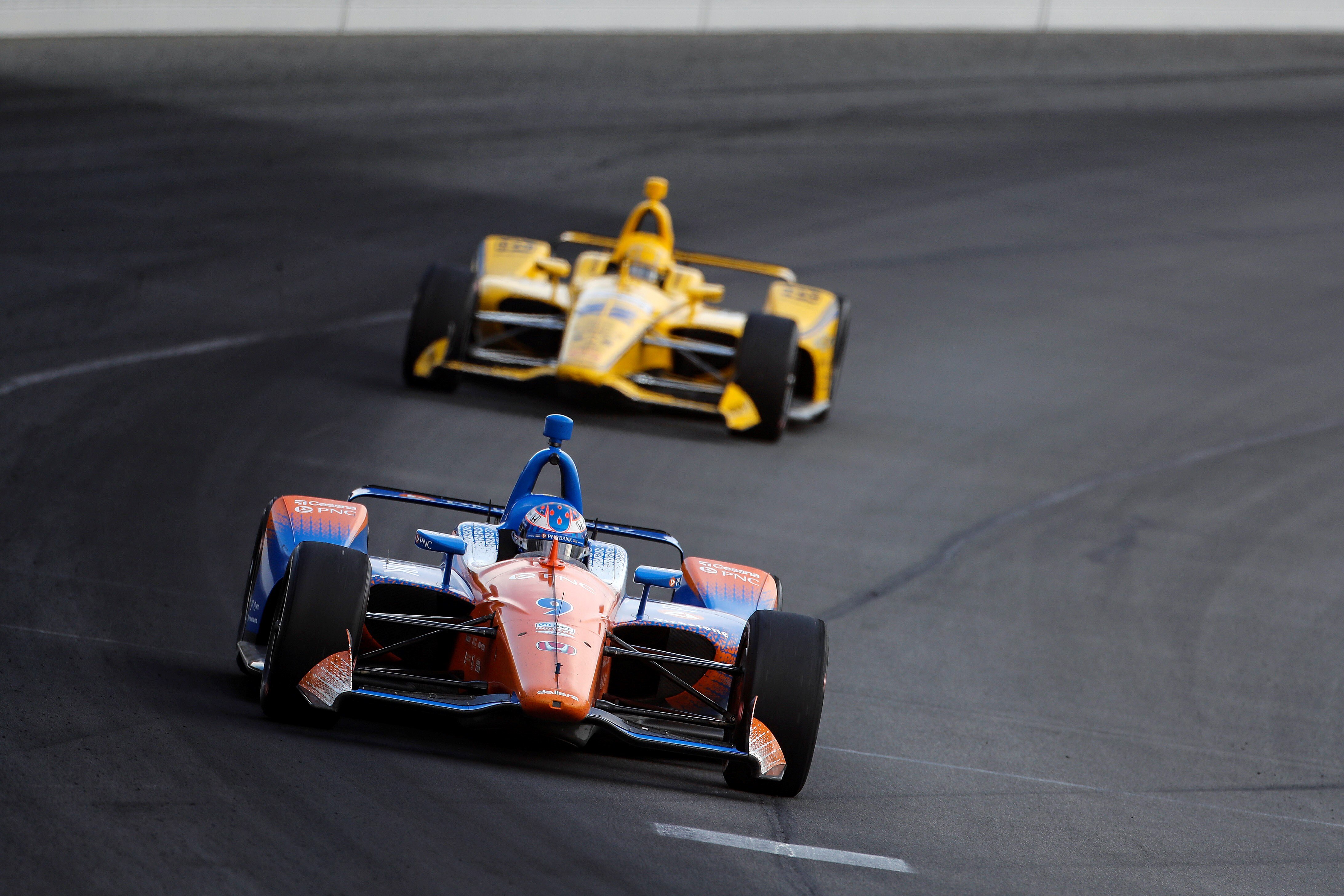 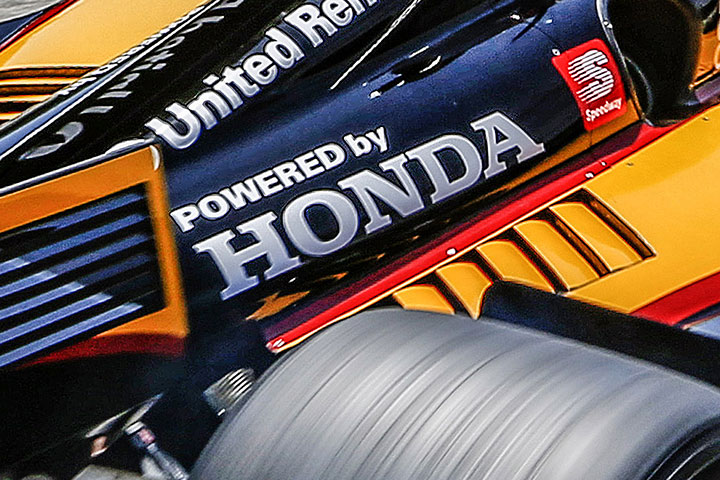