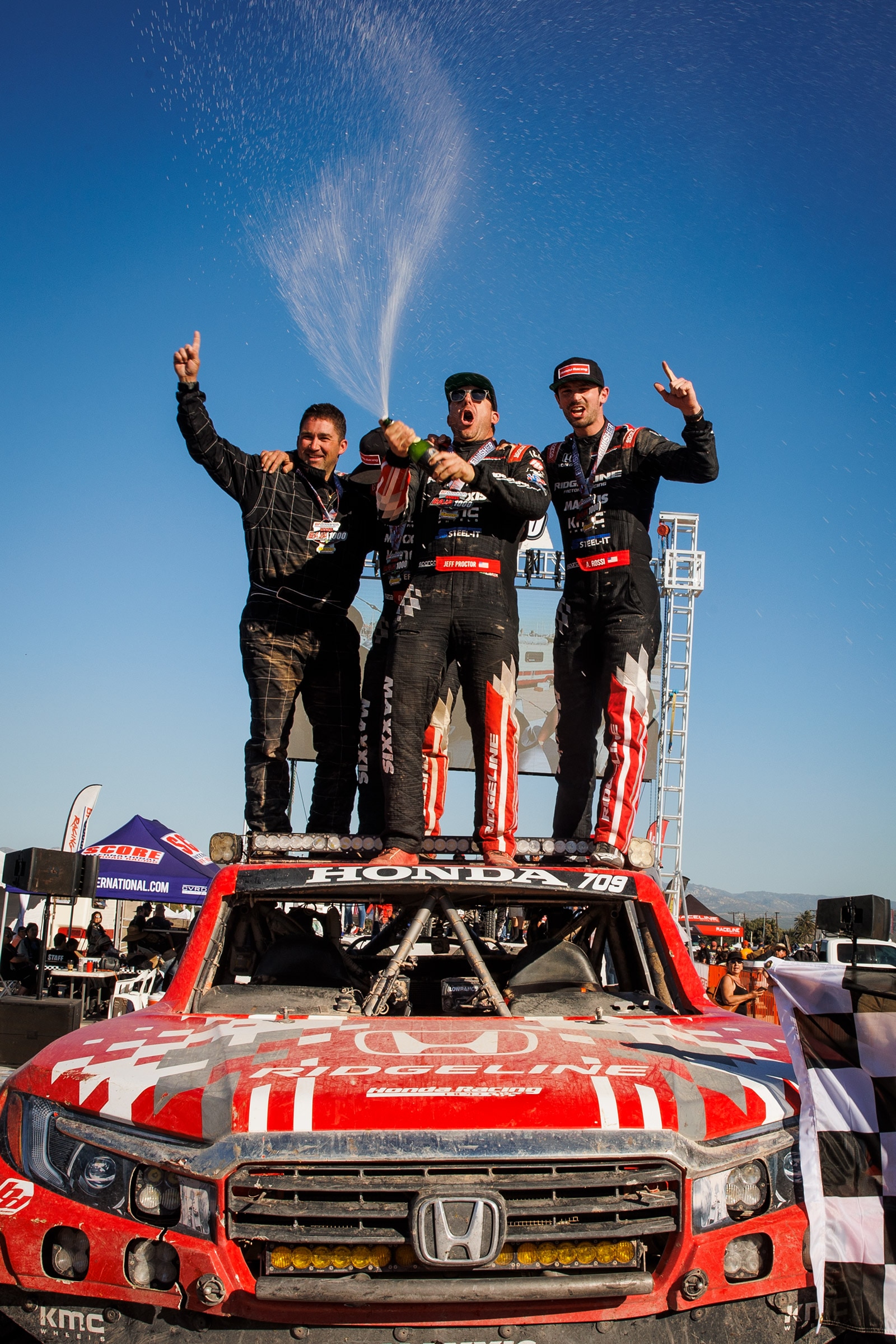 LA PAZ, Mexico (November 20, 2021) – The Honda Off-Road Racing Team returned to Baja California this weekend, and completed its string of 2021 success with the Class 7 victory at the iconic Baja 1000 off-road race.  The impressive result was the fourth consecutive class win for the Ridgeline Off-Road Race Truck this season, the fifth victory for the Ridgeline in Baja, but the first in a “point-to-point” Baja 1000, running the length of the peninsula from Ensenada to La Paz.

The Ridgeline started off strong, with Proctor battling for the class lead with the #700 Ford of Dan Chamlee for the first 300 miles before the Honda team established an advantage they would hold – and increase – all the way to the finish. 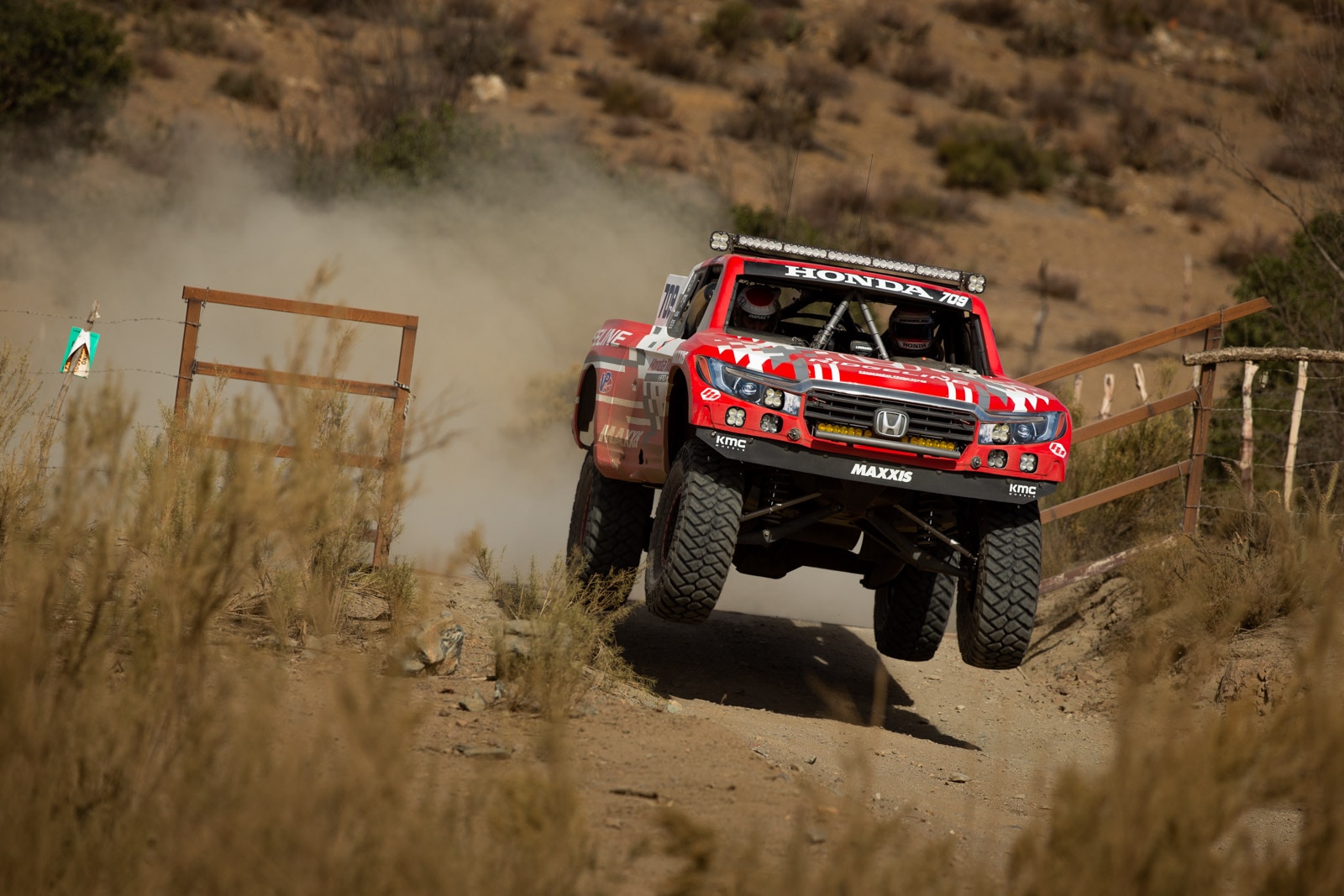 Starting driver Proctor handed off to Glaszcak at the 350-mile mark, then handed off to Rossi at the 632-mile pit stop as both began to build an ever-larger advantage for the Ridgeline.  Rossi successfully completed his overnight stint to turn driving duties over to Hegeveld during the pit stop at Mile Marker 883, with the lead for the Ridgeline now more than 100 miles over Chamlee and the rest of the Class 7 field. 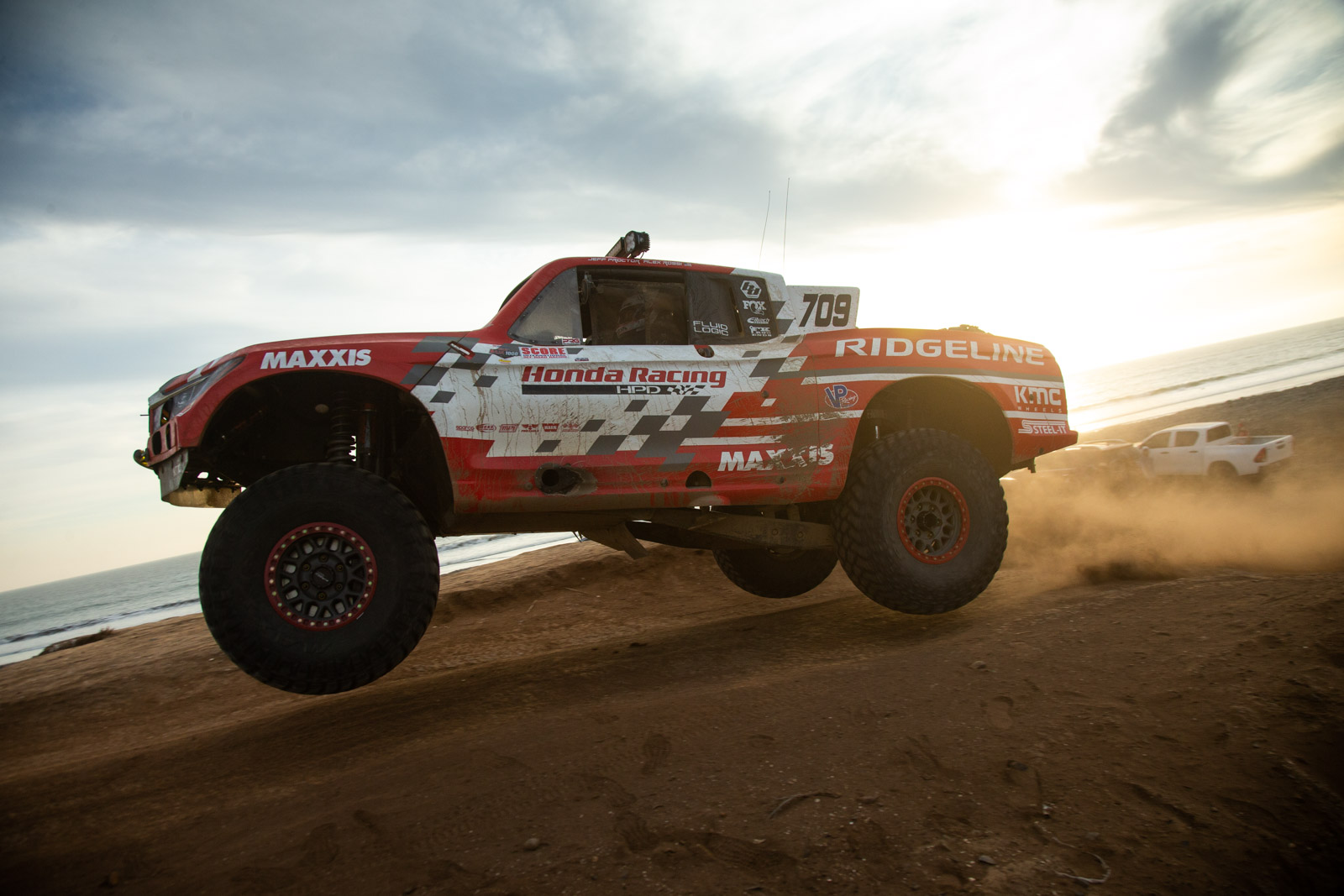 Hegeveld and the Ridgeline reached the finish with a time of 23 hours, four minutes and 59 seconds to claim the Class 7 win by just over three hours.  It marked the fourth consecutive win for the Honda Off-Road Ridgeline in 2021, following victories earlier this year at the San Felipe 250, Baja 500 and Vegas to Reno off-road races.

Jeff Proctor (team owner/driver Honda Ridgeline Baja Race Truck) won Class 7 for unlimited V6 Trucks; first “point-to-point” Baja 1000 race win for Honda: “As always, I’m really proud of my crew and everyone here helping the Honda Ridgeline maximize its performance. They’ve more than put in the hours of work required to bring the Ridgeline across the finish line. Over the past year, we’ve fine-tuned our program, in particular, we switched to 40” Maxxis tires which has been a game changer for us. And with Evan Weller’s prep and expert navigation, I feel like we’ve covered our bases.”

Alexander Rossi (driver, Honda Ridgeline Baja Race Truck) Class 7 winner, becomes first driver to win the Indianapolis 500; Rolex 24 at Daytona; and Baja 1000: “What a wild ride this race, this event, is.  I can’t even begin to explain what it’s like.  It’s equally chaotic, awesome and terrifying!  To drive this truck through the desert, and the mountains, in the middle of the night, through fog that’s rolling in from the ocean - with hundreds of other cars and their dust – is unlike anything else I’ve ever experienced.  It’s insane, and it’s really cool.  I feel very fortunate to be able to take part in it three times now, with Honda and HPD.  To help give Honda this very big win is something very special to me.  Huge shout out to [team owner] Jeff Proctor for letting me drive his truck; to our navigator, Evan Weller, he’s ‘the man’; and the entire Honda Off-Road Racing Team for such a huge effort.”

This weekend’s Baja 1000 concluded the 2021 season for the Honda Off-Road Racing Team.  The 2022 season opens January 21 with the King of Hammers Off-Road events at Means Dry Lake in Johnson Valley, California. 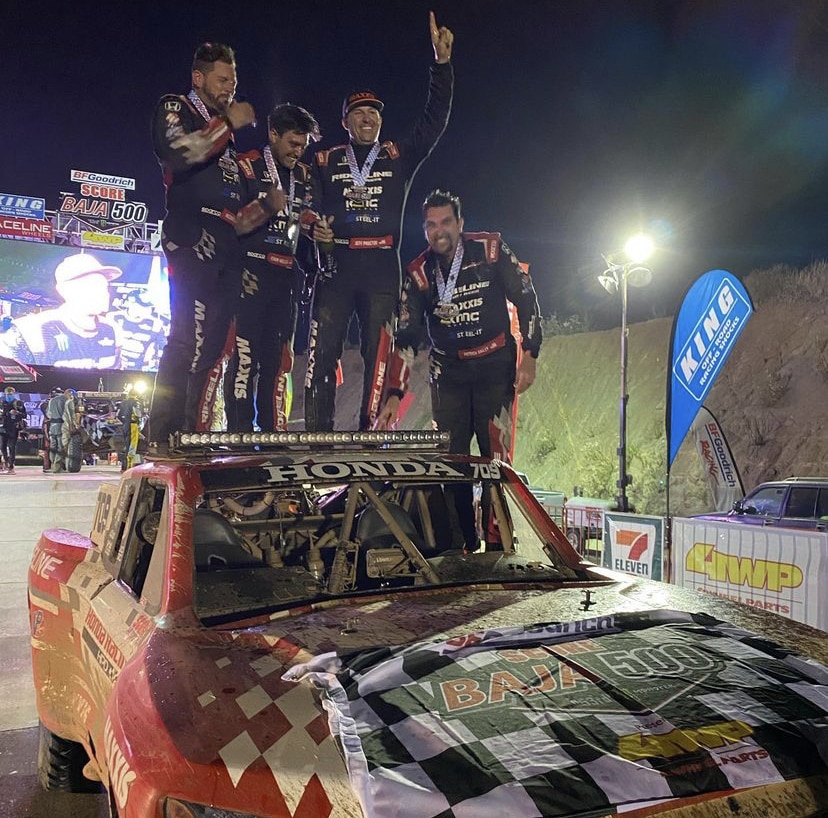 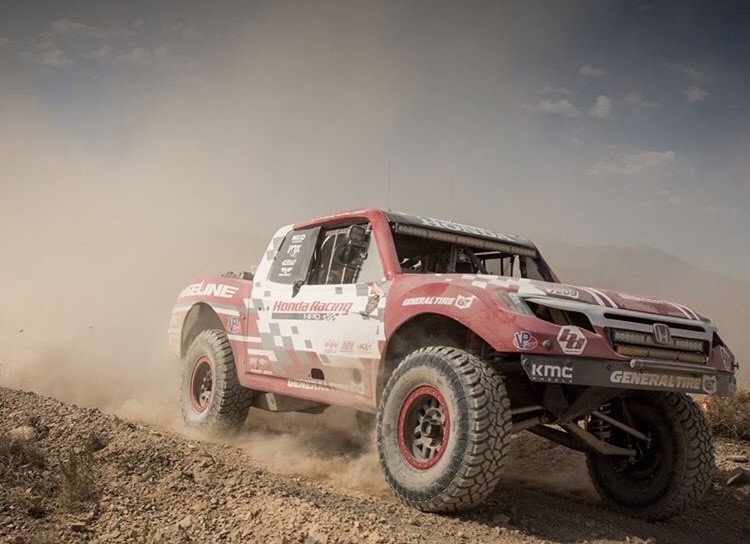 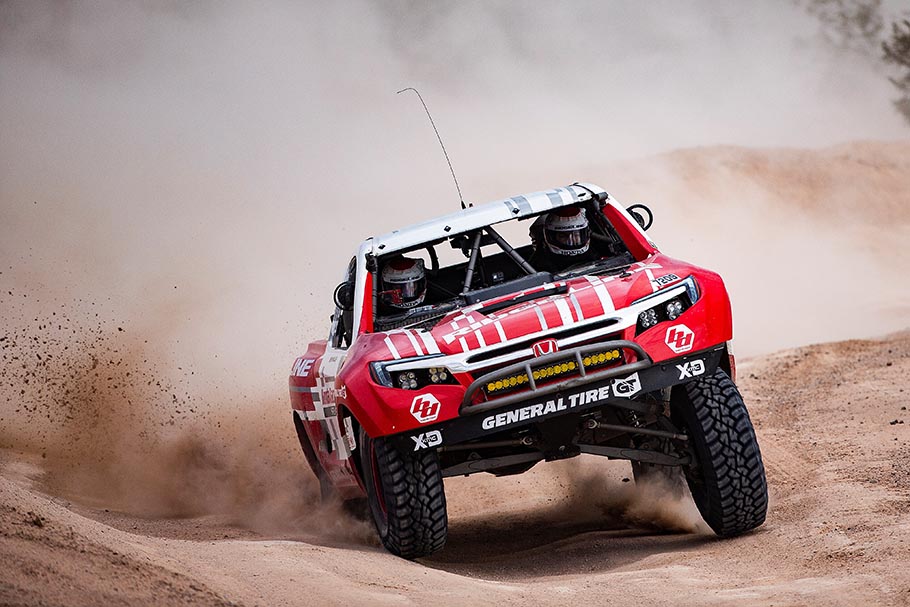 The Honda Off-Road Racing Team and its Ridgeline Baja Race Truck backed up their season-opening win at February’s Parker 425 with a second-consecutive Class 7200 victory this weekend in the Mint 400. 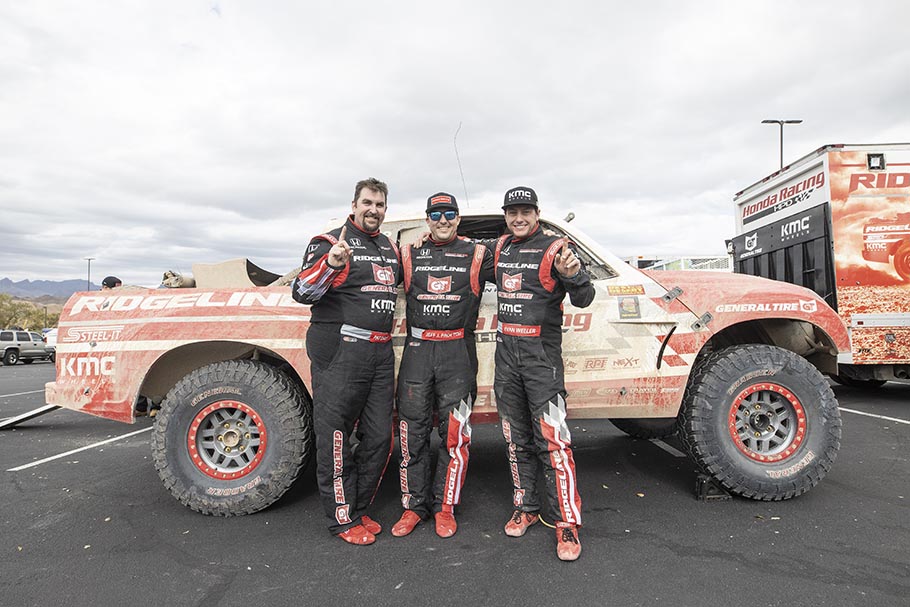 The Honda Off-Road Racing Team and its Ridgeline Baja Race Truck opened the 2019 off-road racing season in the best possible fashion, with a decisive second consecutive victory in Saturday’s Parker 425 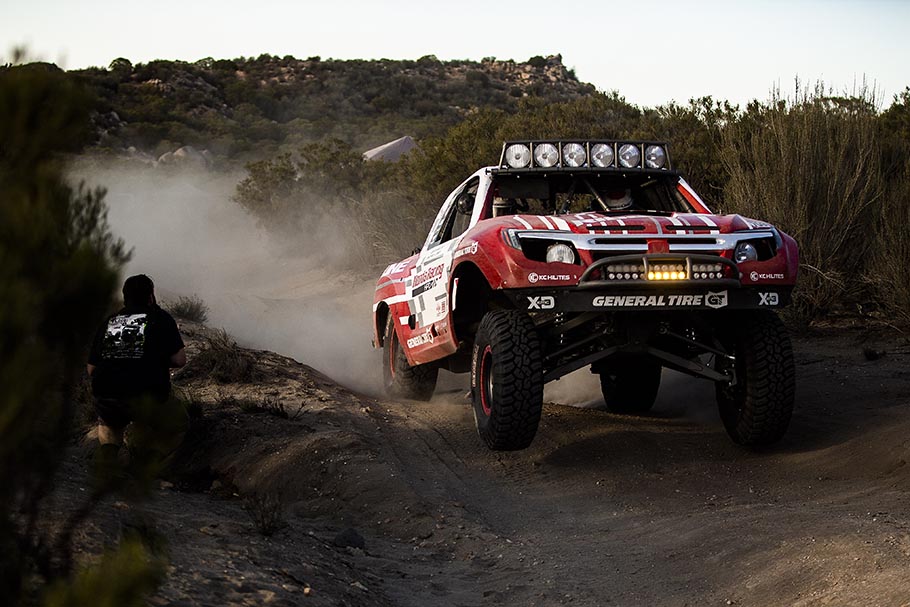