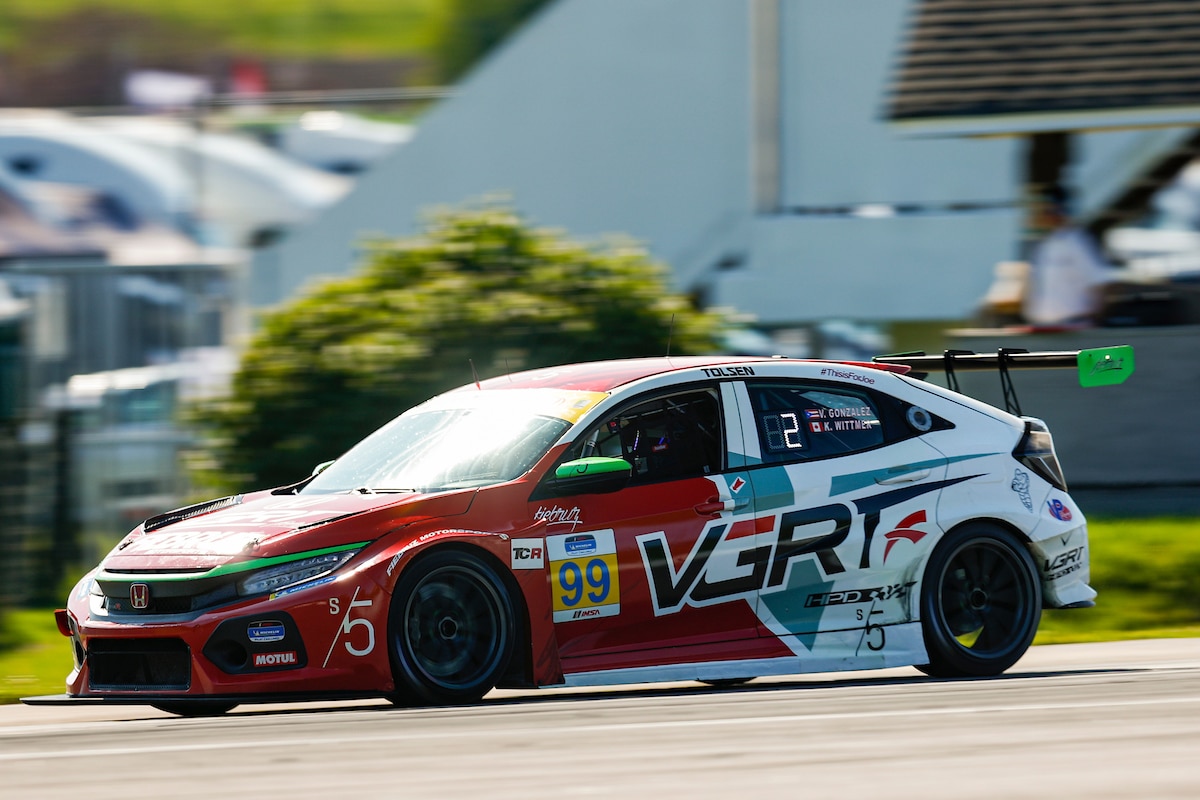 LAKEVILLE, Conn. (July 17, 2022) – Honda’s full-season entrant in the IMSA Michelin Pilot Challenge series, Florida-based VGRT demonstrated speed this weekend at Lime Rock Park, leading the TCR category during practice for the two-hour endurance contest in their #99 Honda Civic Type R TCR, but strategy calls made during the race failed to pay off for the team.

The team missed the first IMSA Michelin Pilot Challenge practice session at Lime Rock Park owing to an electrical gremlin. However, once the issue was identified and resolved, the team realized they had a fast race car around the 1.5-mile track—with Karl Wittmer setting the fastest time in the second practice, also the fastest lap in either Pilot Challenge practice session. 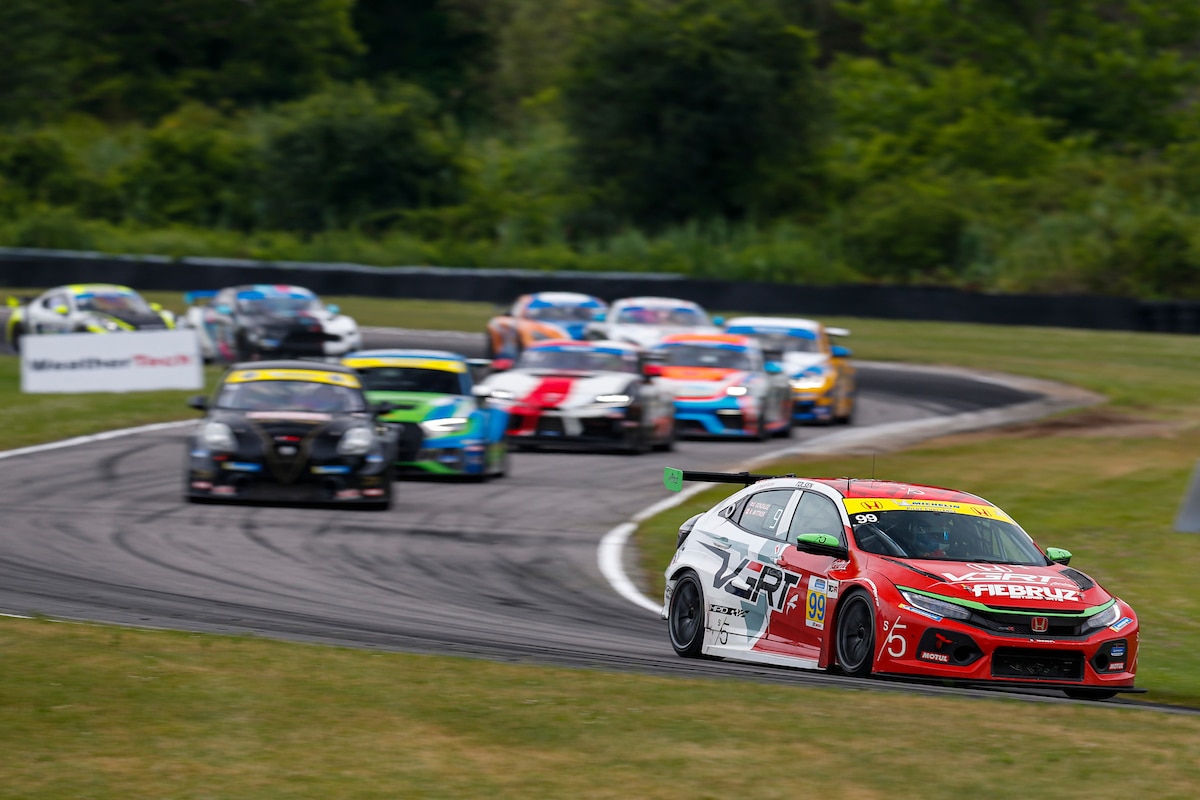 Team owner/driver Victor Gonzalez would qualify the car eighth; then use an alternate strategy to move himself to the lead towards the end of his stint—leading a total of six laps before handing the #99 over to Wittmer.

While the gamble to stay out put them in the lead, it unfortunately did not pay off for the VGRT crew over the course of the race, with Wittmer emerging at the back of the field following his final pit stop – at a track noted for its difficulty to make passes. Compounded with a late-race penalty for an improper wave-by procedure, the team would ultimately cross the line 11th.

Victor Gonzalez (#99 VGRT Honda Civic Type R TCR) finished 11th: “First of all, I’m proud of the entire team. We had a little bit of an issue in the first practice, but we worked together with HPD to solve the problem. Practice two, we went back out and were P1, so we knew we had a fast car. But in the race, we rolled the dice like Vegas—it didn’t work out. We had a good shot to podium if we didn’t get that last yellow, because we were going to be one of the strongest cars at the end. Karl [Wittmer, co-driver] drove a great race, the guys in the pits did an awesome job. But sometimes you win, sometimes you don’t. Now we get ready for Road America.”

The Michelin Pilot Challenge next heads to Road America in Elkhart Lake, Wis., for the four-hour Road America 240. 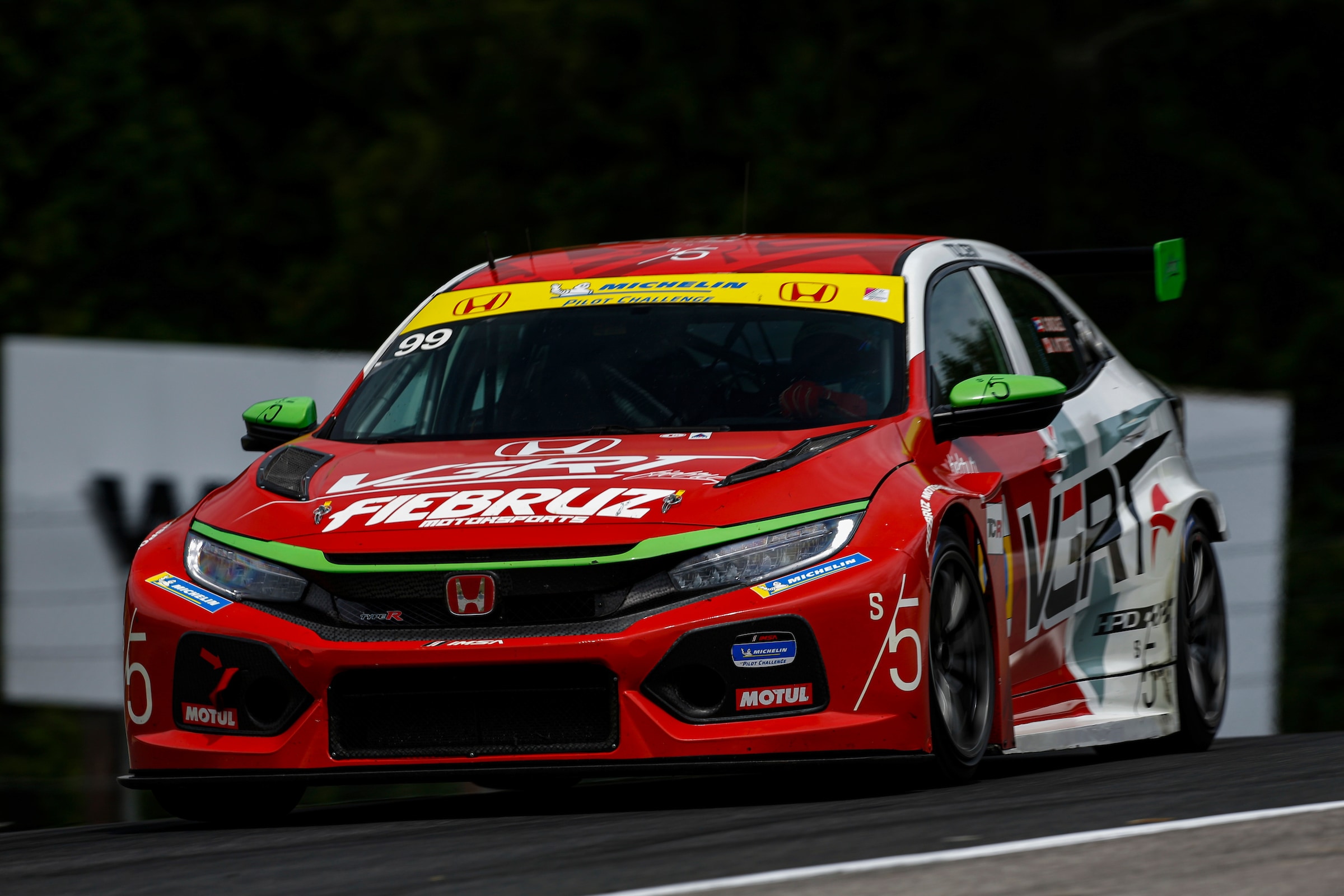 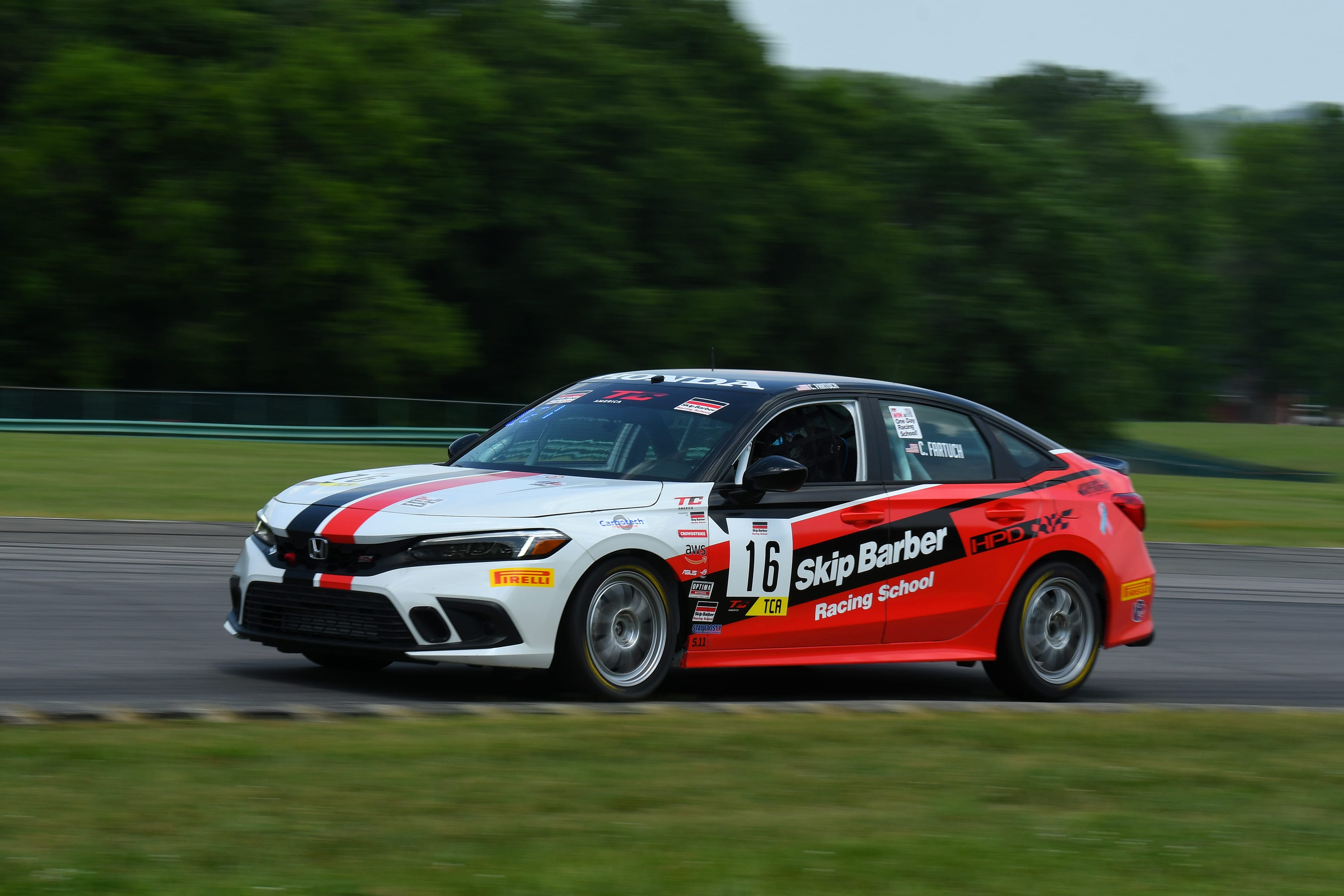 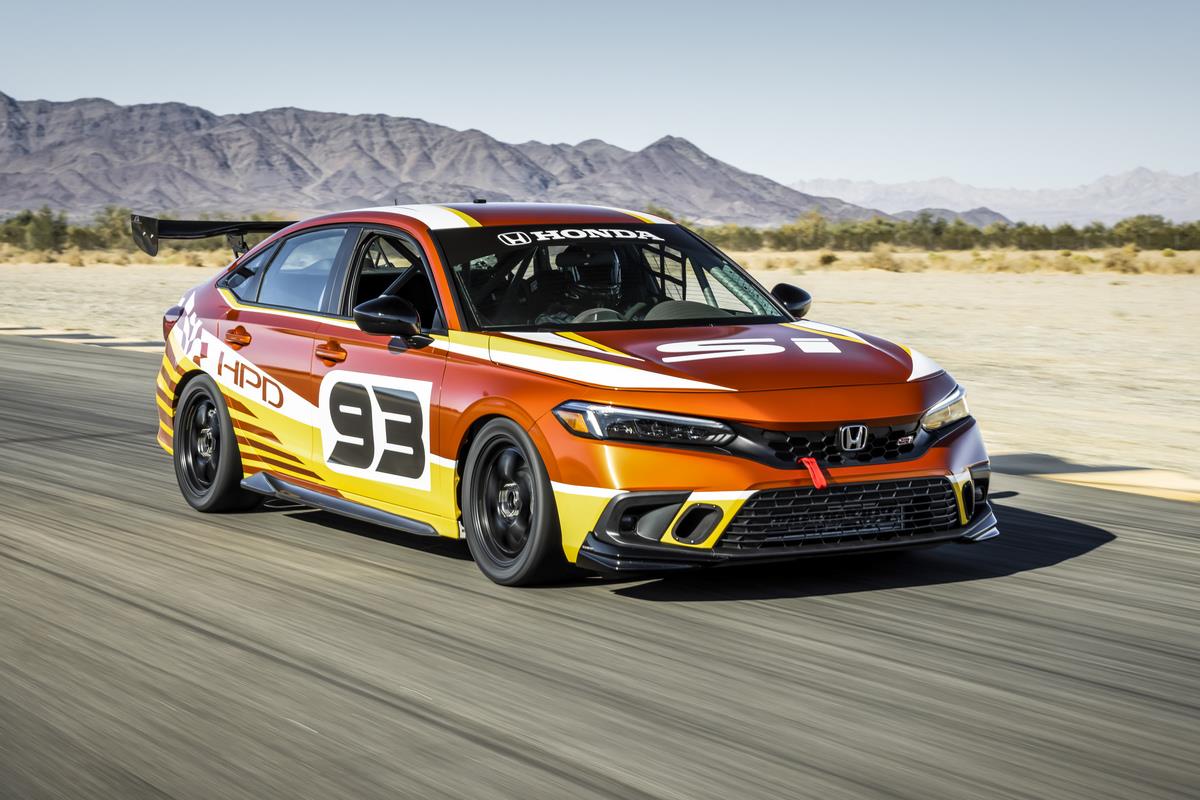 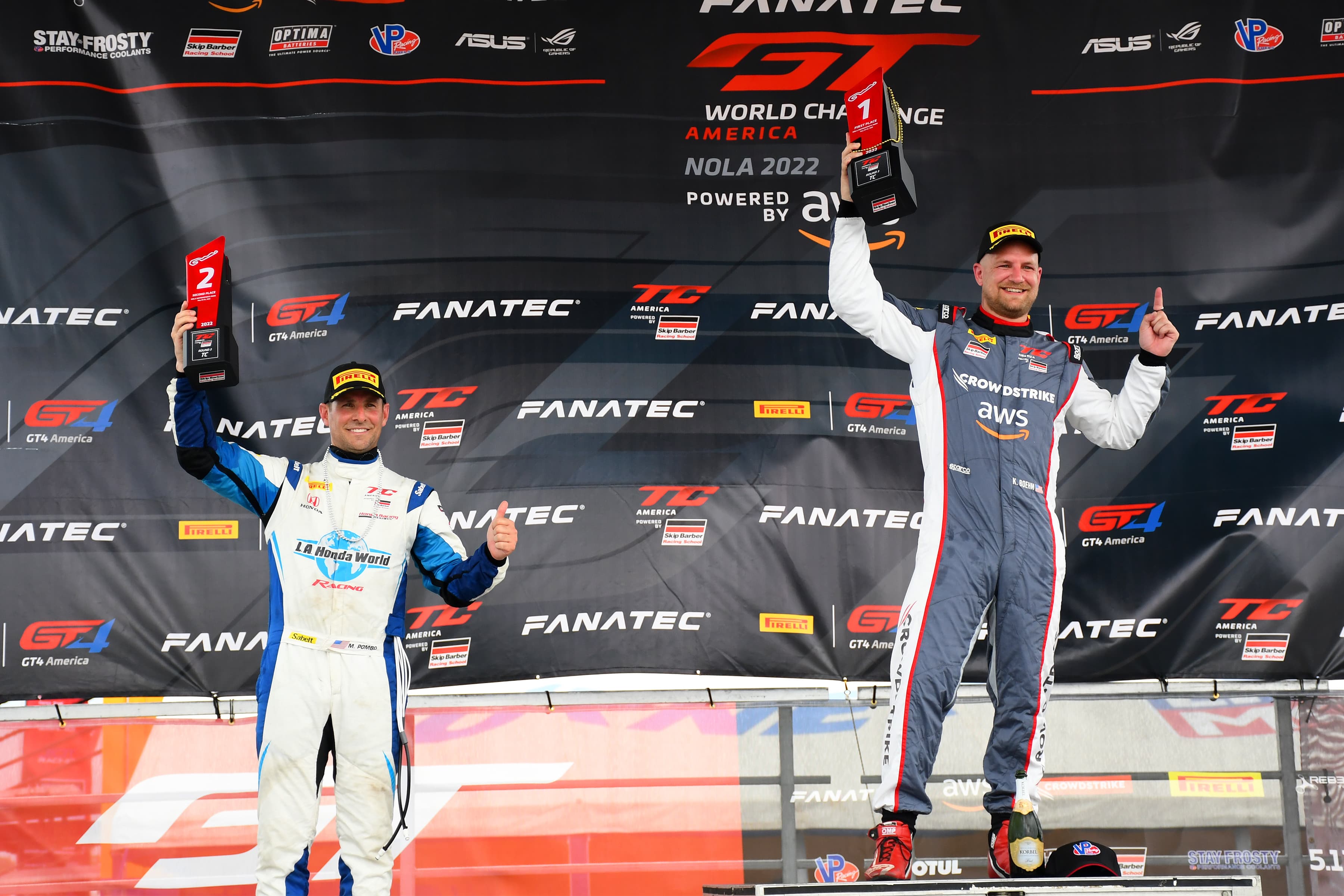