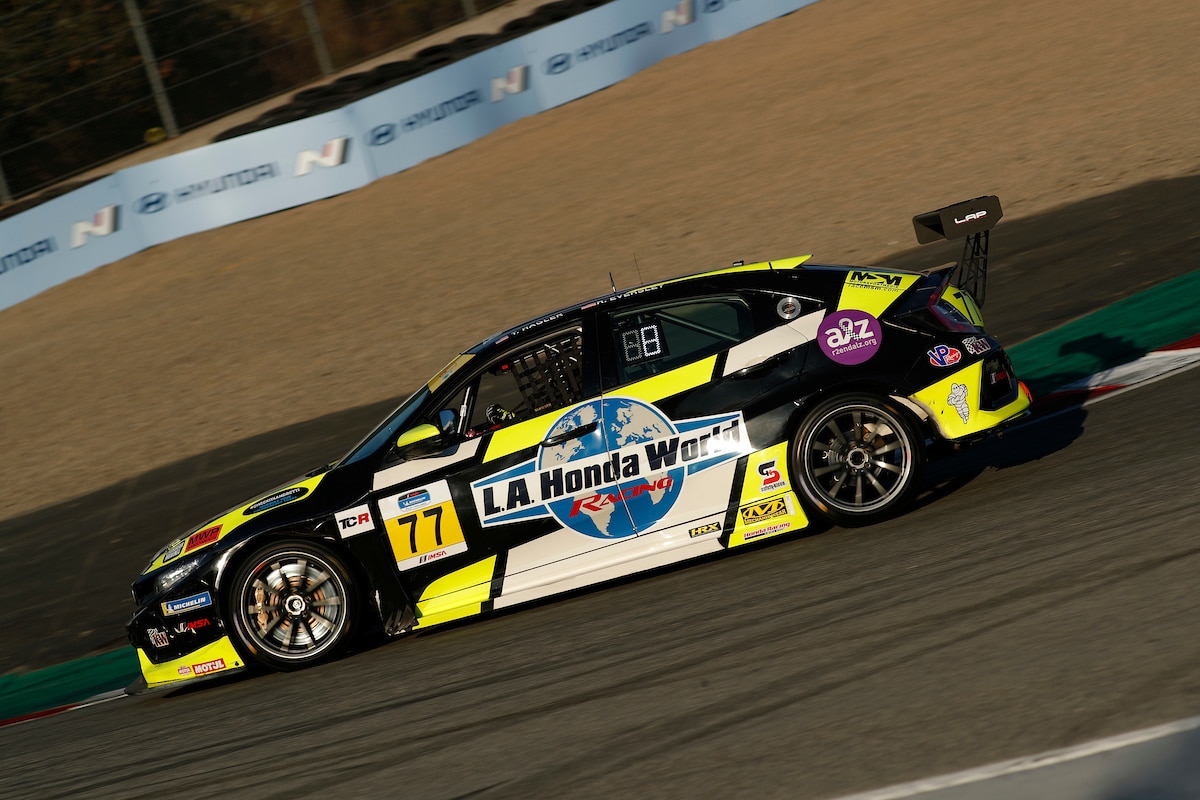 MONTEREY, CA (October 31, 2020) –The LA Honda World team headed out West to central California this weekend for the WeatherTech Raceway Laguna Seca 120, bringing home a fourth-place finish at the flag despite a pair of early-race penalties.

Taylor Hagler started the #77 Honda Civic Type R TCR from sixth place in her first visit to the iconic Northern California circuit. A chaotic start saw the race go immediately yellow after just two corners, but Hagler avoided the carnage and moved forward into fifth position. However, in the scuffle, race officials deemed she passed a competitor under yellow, and was forced to serve a penalty when the race went back to green.

Dropping to the rear of the IMSA Michelin Pilot Challenge TCR field, Hagler’s forward progress was halted by a second yellow flag. The LA Honda World team brought her in under the yellow for fuel, gaining two positions on the stop. However, Hagler and two other competitors ran the red light at pit out—earning a stop plus 60 second hold penalty she would have to serve under green flag conditions. 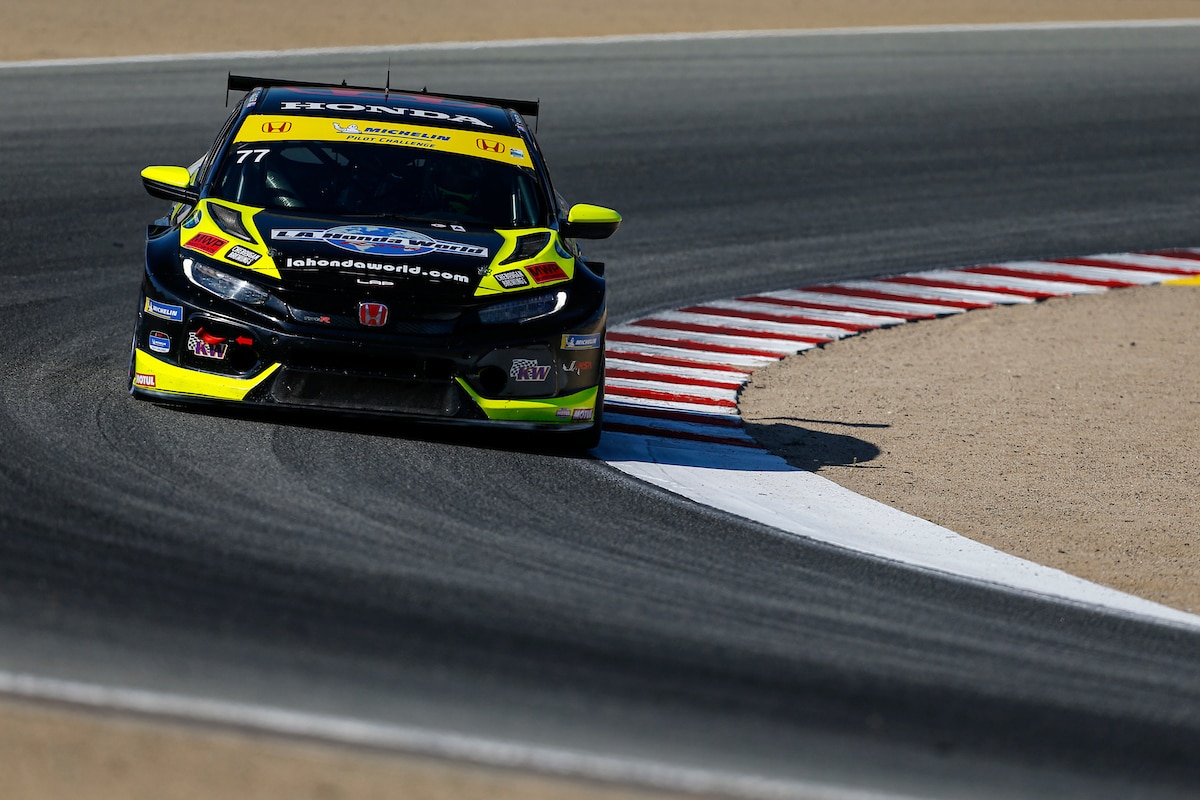 Hagler returned to pit road to serve her penalty with 90 minutes left to run in the race. As she sat stationary on pit road, the race went yellow for a third time in the incident-marred first hour of the event. The caution limited the damage from the penalty, and she was able to resume right on the tail of the TCR field, working her way through to the third position before handing over to co-driver Ryan Eversley just before halfway.

Contrasting with Hagler’s stint, Eversley’s final hour of the race ran green the entire time, allowing the field to string out around the challenging, 2.238-mile facility. Although Eversley passed his way into third place early in his stint, eventually the positions would be swapped back and the #77 Honda Civic Type R TCR would take the checkers in fourth.

HPD has three ready-to-race Civic models for touring car competition. The line starts with the affordable and reliable Civic Si TCA race car, then leads to the Civic Type R TC racer that puts legendary Type R performance on track, and culminates with the no-compromise, championship-winning Civic Type R TCR race car. Our unparalleled trackside support at every level from HPD engineers is a unique benefit that no other manufacturer can offer. Find out more about these cars and our touring programs at: https://hpd.honda.com/Motorsports/Touring

The MICHELIN Pilot Challenge travels to Sebring International Raceway November 12-13 for the season-finale Alan Jay Automotive Network 120. The race can be streamed live on TrackPass on the NBC Sports Gold app.

Taylor Hagler (#77 LA Honda World Honda Civic Type R TCR), finished fourth: “We had a good weekend at Laguna Seca, and it was cool to race at another historic track that my dad and I visited as fans. With [co-driver] Ryan’s help, I was able to improve every session and we felt like we had a really good car going into the race. This place is really tricky because of how much the track changes during a session, due to the temperatures and track conditions. There was a lot going on during my stint with the yellows and a few odd penalties, and it felt like we only got five or six green laps of running before turning the car over to Ryan.  We just didn’t have enough in the car to get on the podium this time, but I know the L.A. Honda World Racing team will have us in a good spot at Sebring. We will take another top four finish and look forward to the last IMSA Michelin Pilot Challenge round in two weeks!”

Ryan Eversley (#77 LA Honda World Honda Civic Type R TCR), finished fourth: “This might’ve been the hardest I’ve ever had to drive for a fourth-place finish!  We lost front-end grip very early in the stint, and from there on it was all about tire management and bringing the car home.  This is our third top-five finish in the last four races, so we’re really proud of that.  Taylor [Hagler, starting driver] did an awesome job, and I think we had one of our fastest pit stops to date, so I’m thankful to the LA Honda World team for the great job they did again today.” 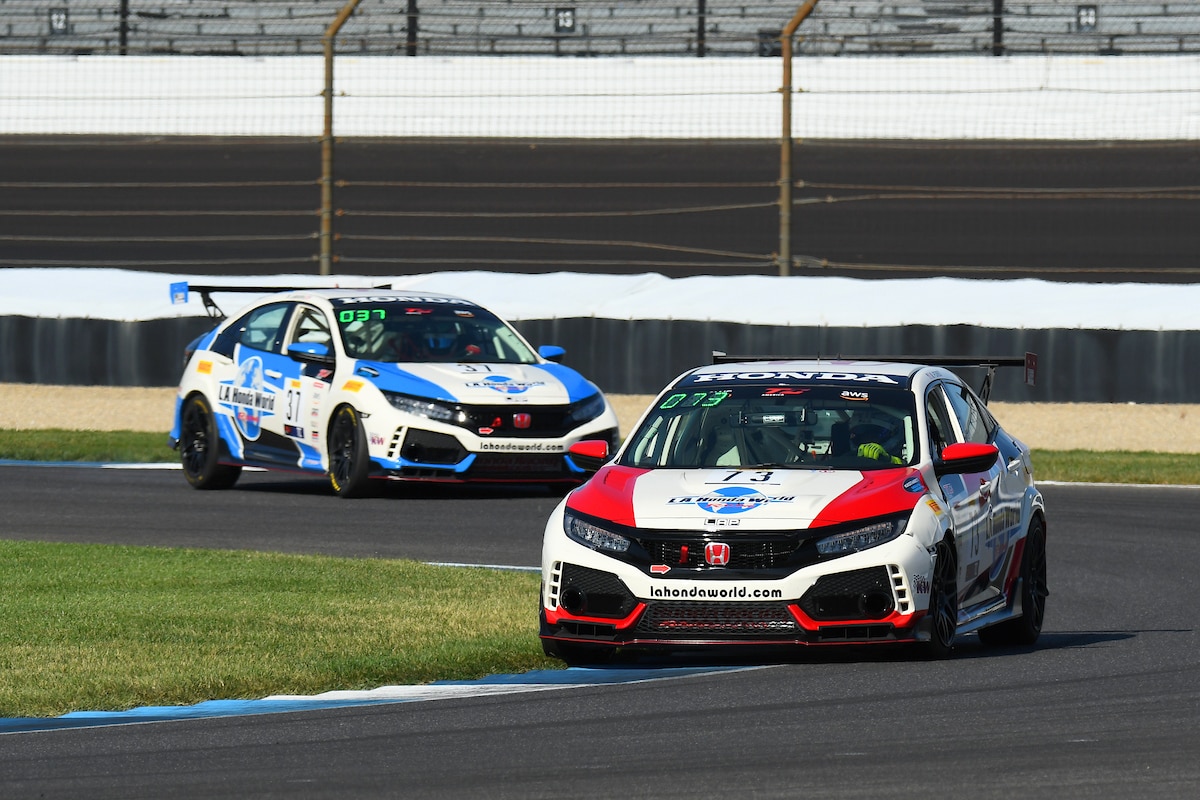 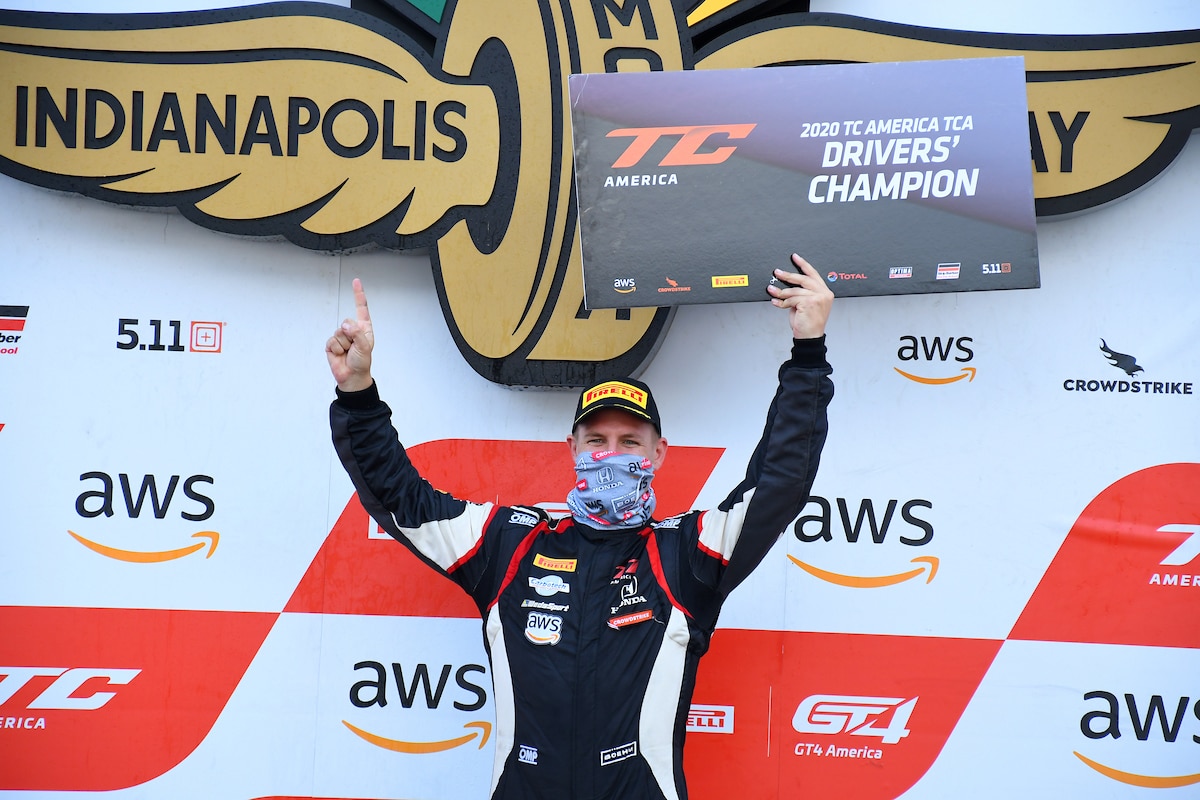 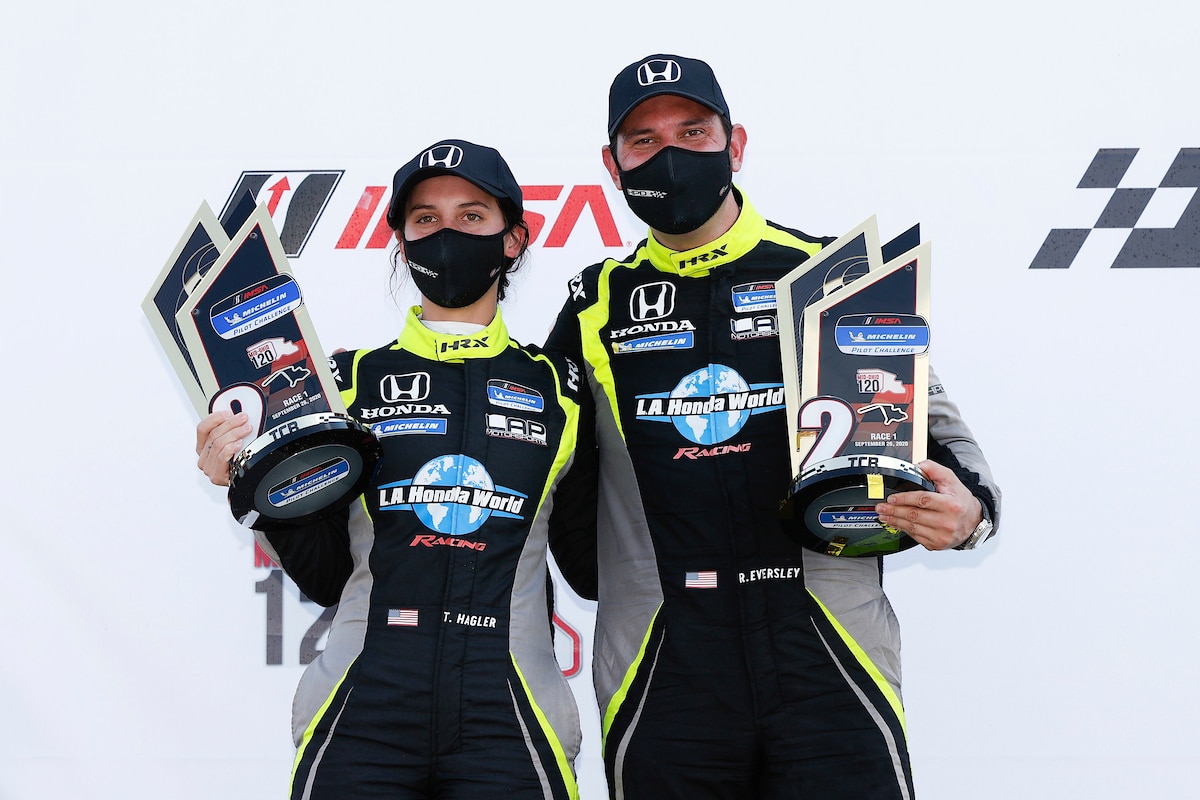